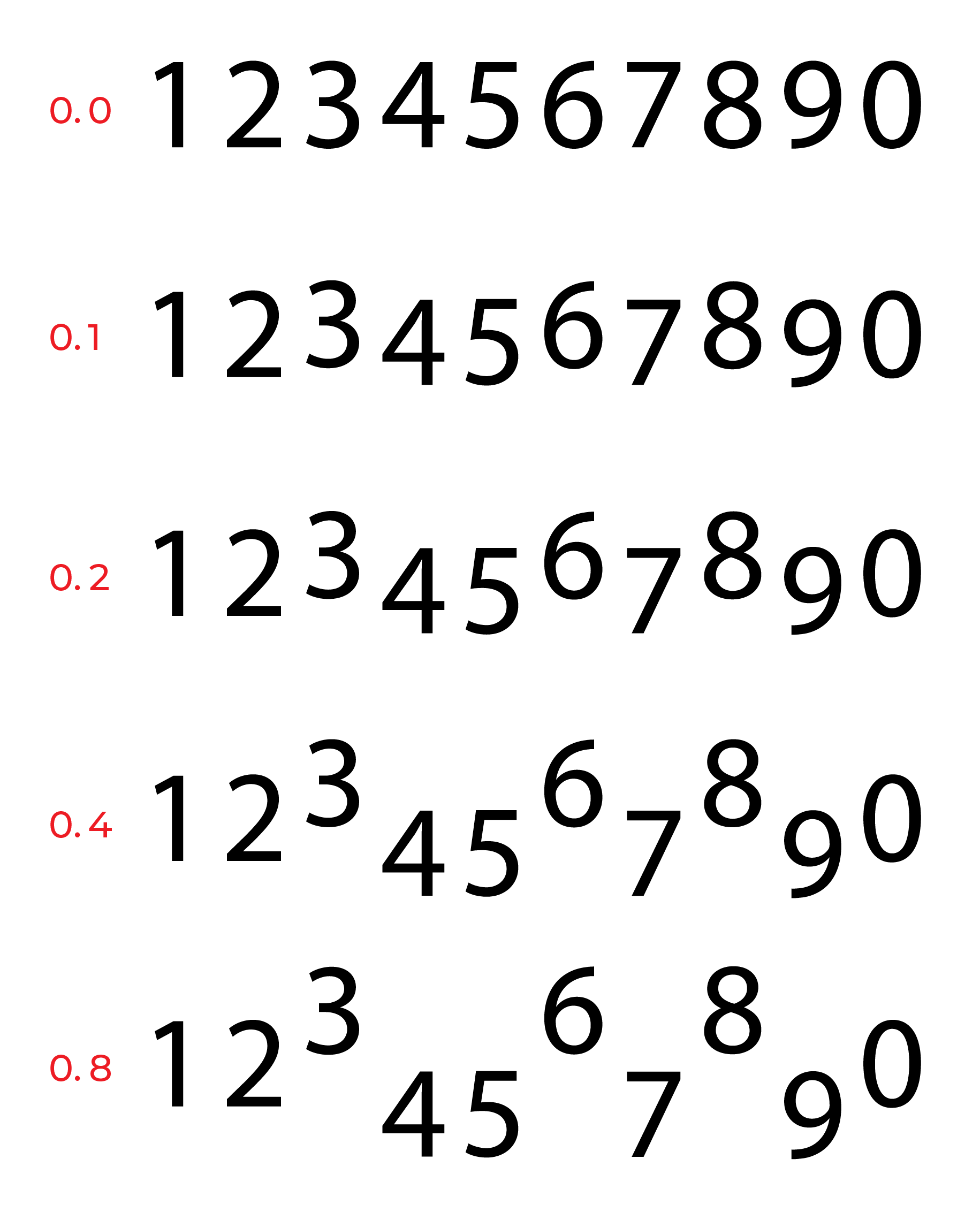 Can we improve the perception of crowded digits with a new font using vertical shifts?

Crowding happens when the perception of multiple objects is impaired by their spatial proximity. It is exacerbated in the visual periphery and affects symbols such as letters or digits. Here, we investigated if crowding of digits could be reduced when a specific vertical shift is applied to each digit.

Starting with the DejaVu font, we designed test fonts inspired by the typographic settings of old style numerals with different shifts for 3 groups of digits: null shift (digits 0,1,2), upper shift (digits 3,6,8) and lower shift (digits 4,5,7,9). Five different versions of the font were created with different shift values: 0x (= DejaVu font), 0.1x, 0.2x, 0.4x and 0.8x the x-height. Ten subjects participated in Experiment 1 (lower VF) and Experiment 2 (right VF). For each trial of these experiments, a trigram of random digits was presented for 200 ms at 10° eccentricity. Subjects had to identify all three numerals by selecting them from a response screen. A total of 5 blocks of 20 trigrams were presented for each font in both experiments.

We analyzed both correct numeral identification and whether the corresponding vertical shift was perceived. The accuracy of the positional information increased linearly with vertical spacing: from 30% correct localization on average for the 0.1x font to 63% for the 0.8x font. However, our subjects benefited from this new source of information only for the larger shift in the right VF (+5% trigram recognition). This is much less than predicted by an ideal-observer, which would use positional information in addition to other types of visual information (prediction: between +10% and +20% recognition for most conditions). These results suggest that vertical shifts might be a useful source of visual information during digit crowding. However, shifting digits within numerals seems to disrupt other sources of visual information, such as inter-symbol features.