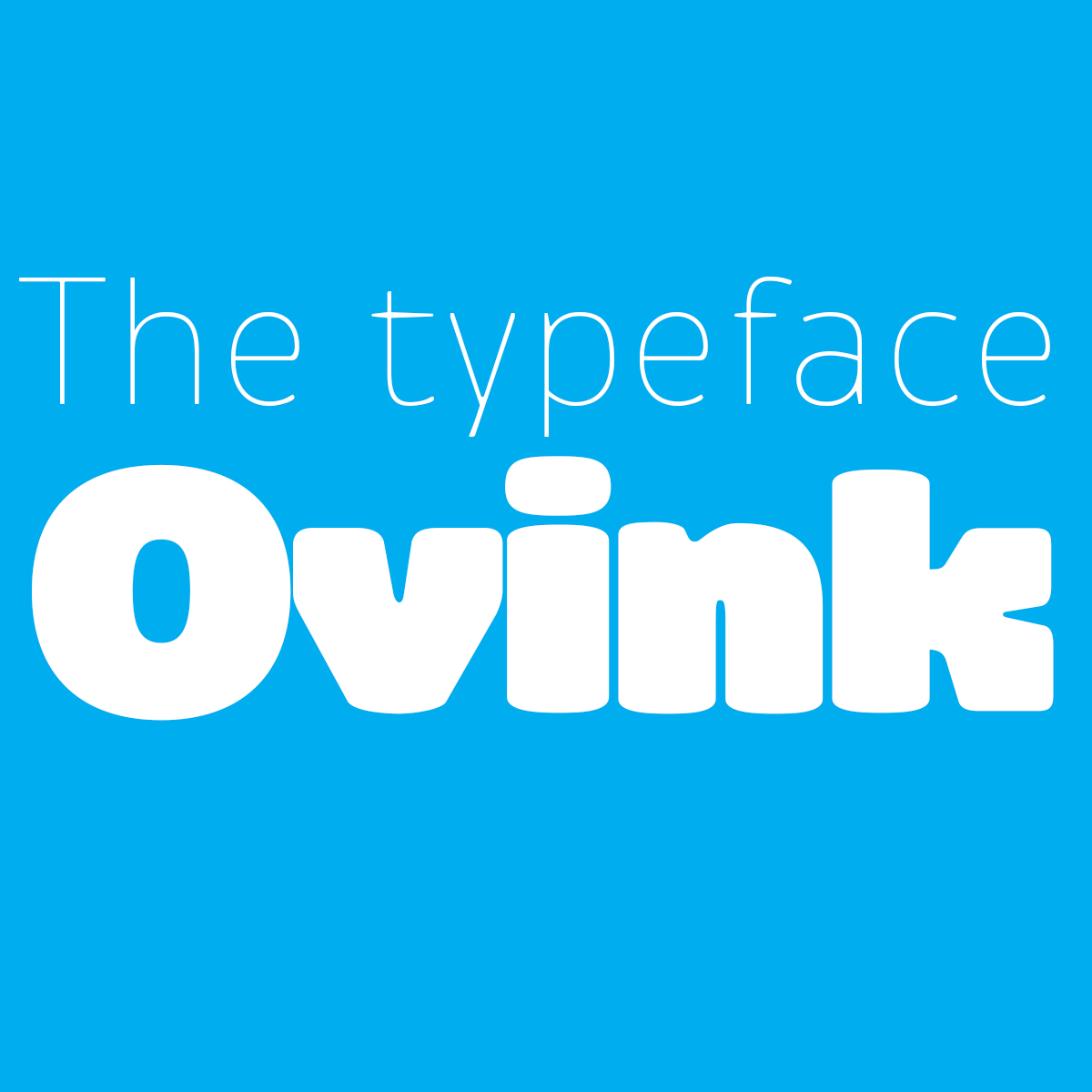 Ovink is loosely inspired by Knud V. Engelhardt’s work for the street signage, designed around the years 1926-27 for Gentofte in Denmark.

Being rooted in the Danish typography tradition, Ovink has a sturdy unpretentious look to it, yet compared to its predecessor the curves are tighter, and characters have a higher level of differentiation.

Ovink is designed for great distance legibility, but the high regularity of the letters also makes the typeface suitable for running text. The wide span of weights motivates a broad usage for the setting of both display and text.

The typeface is named after the legibility researcher Gerrit Willem Ovink. An early version of the typeface was subjected to experimental legibility investigations of distance and time threshold methods. Participants were exposed to different variations of the most frequently misread lowercase letters. The findings, which were implemented in the final designs, demonstrated that the two-storey ‘a’ has a higher legibility than the one-storey ‘a’ and a diagonal spine of the ‘s’ has a lower legibility than a round spine. ‘j’, and ‘t’ both benefit from a long tail, and that ‘e’ at distance viewing is more visible with an open aperture.

The study also showed that ‘i’ is more legible with a serif on top, and that a wide ‘l’ is more legible than a narrow ‘l’. For that reason, Ovink can be set both with, and without, serifs on ‘i’ and ‘j’, and tail on ‘l’.

Signage typefaces are often presented as a light coloured text on a dark background. We know that negative text appear bolder in the stroke than positive text, the weights of the typeface Ovink are therefore designed to even out this difference. When set negative, the Regular weights appear similar to the Medium weights set positive. The same goes for the pairing of SemiBold and Bold.