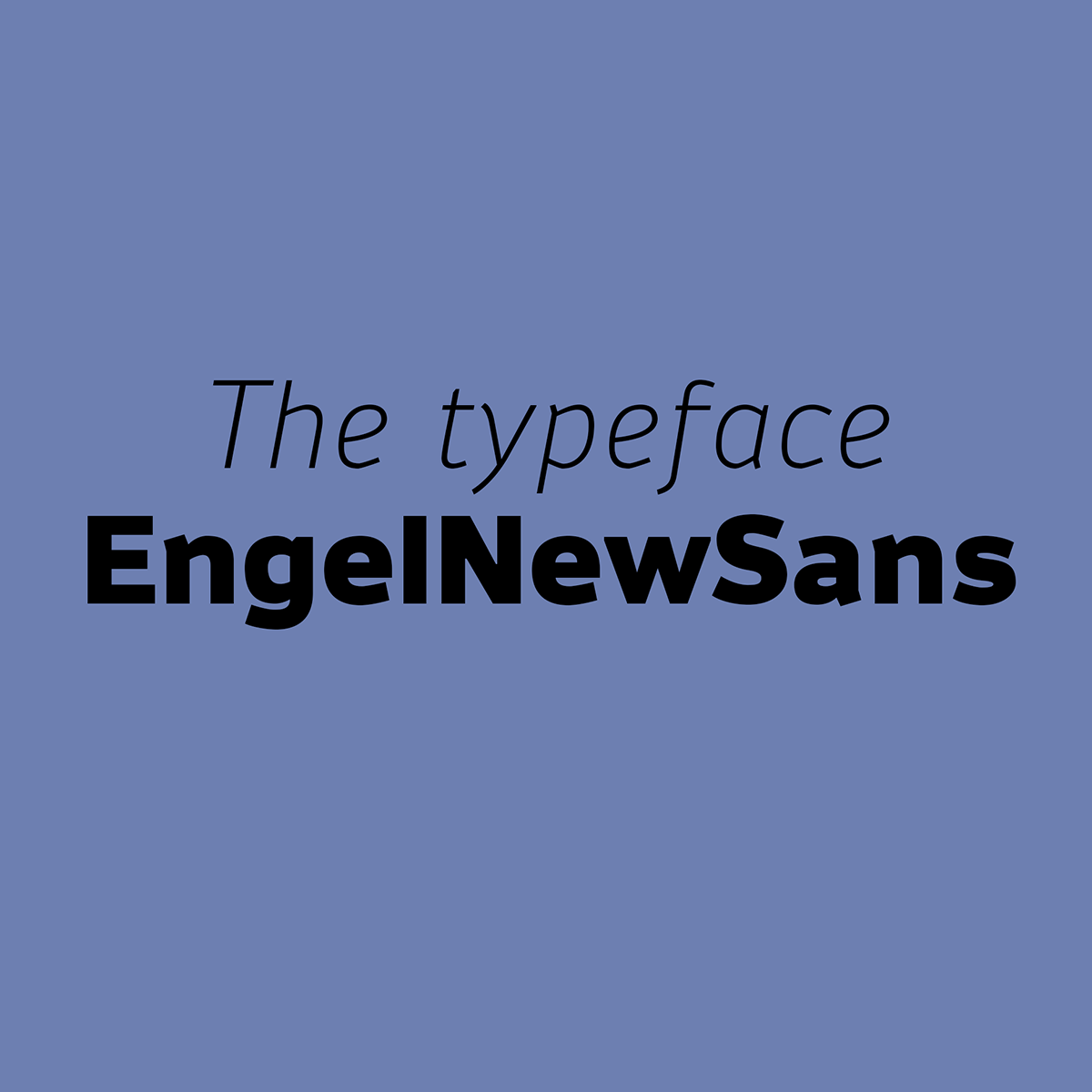 I first designed EngelNewSans as an all-round sans serif family for setting headlines and body text in magazines. The sibling EngelNewSerif came about later. My intention with the family was to motivate an element of play and give the designer a larger selection from which to choose.

To make the light weights function with serifs attached, I applied the same low stroke contrast as seen in EngelNewSans, I further found that the serifs and the stem width had to be optically similar for the light weights not to appear too fragile. In the heavy weights however, I made the stroke contrast higher than in the Sans versions, this I did to open up the counters and make room for the serifs to breathe.